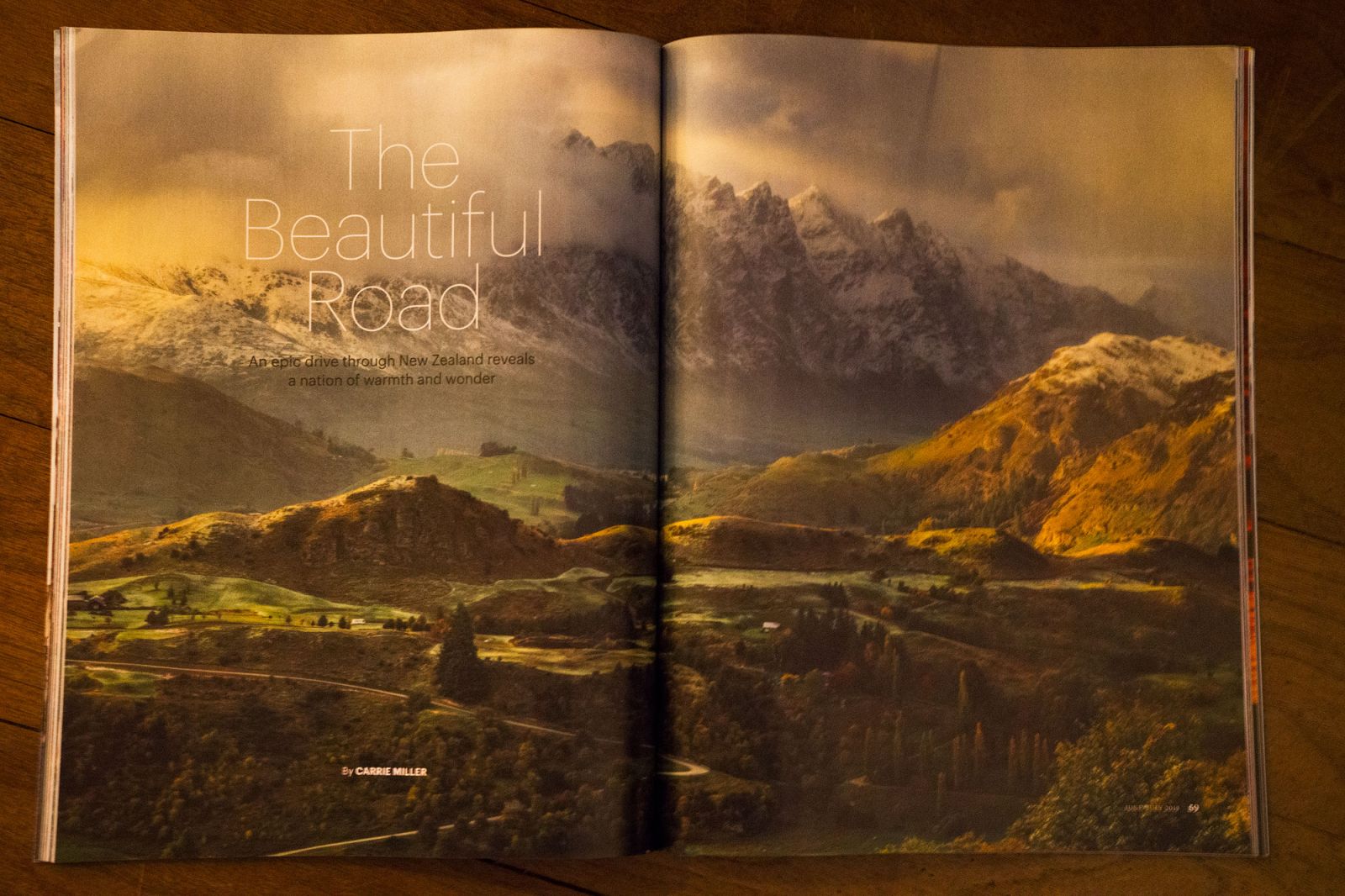 Excited to have my photograph selected by National Geographic Traveler Magazine for publication in the June/July 2019 edition.  I have always looked at Nat Geo as the "gold standard" and so was very thrilled for them to reach out to me about using "A Remarkables Morning" for a full double page spread.  Nat Geo also paid a fair price for the photo's use.   "A Remarkables Morning" was shot at sunrise one April morning in New Zealand.  I was standing halfway up Coronet Peak looking back over the Remarkables Mountain range, a well known ski destination near Queenstown on the South Island.  The light that morning was among the most amazing I have been lucky enough to see.  There was also a light dusting of snow which increased the three dimensionality of the scene.

I exhibited "A Remarkables Morning" previously at Fine Art Asia with Boogie Woogie Photography.  The print is available as a limited edition of ten of which two have been sold so far.