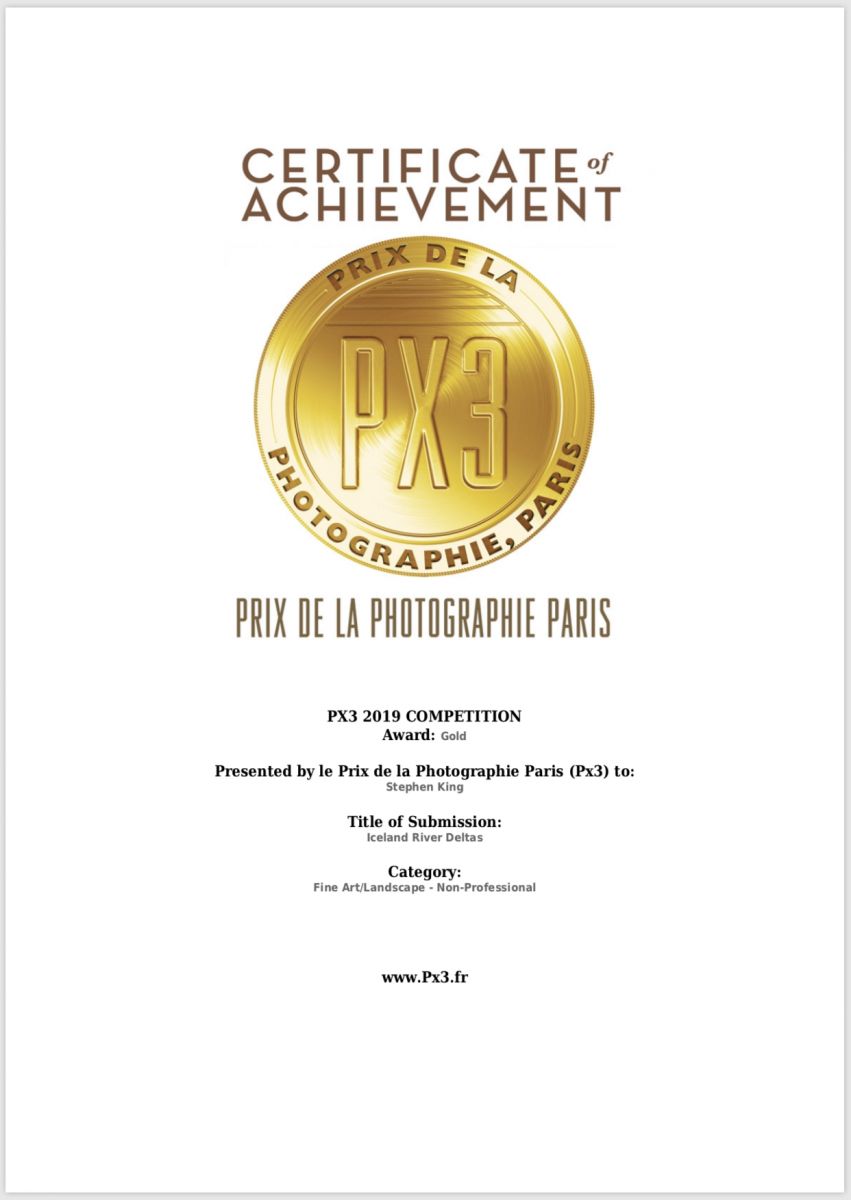 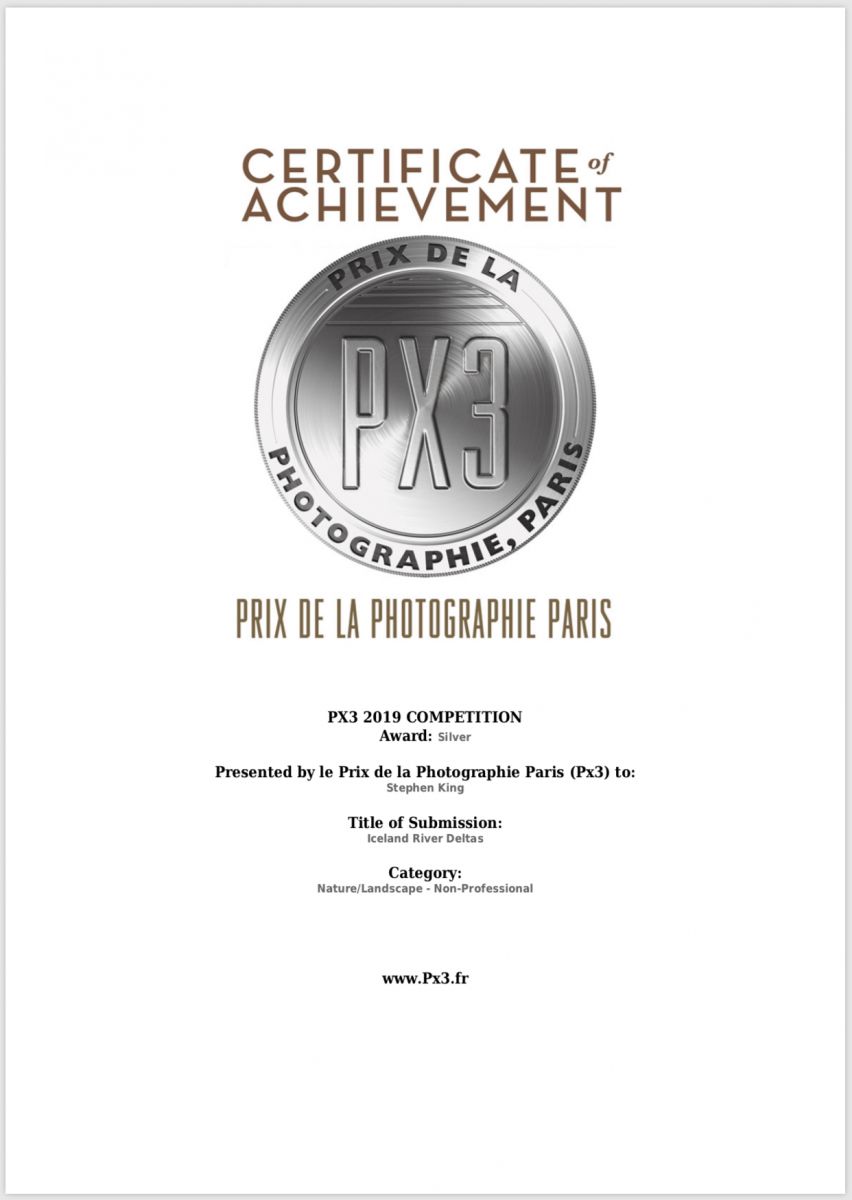 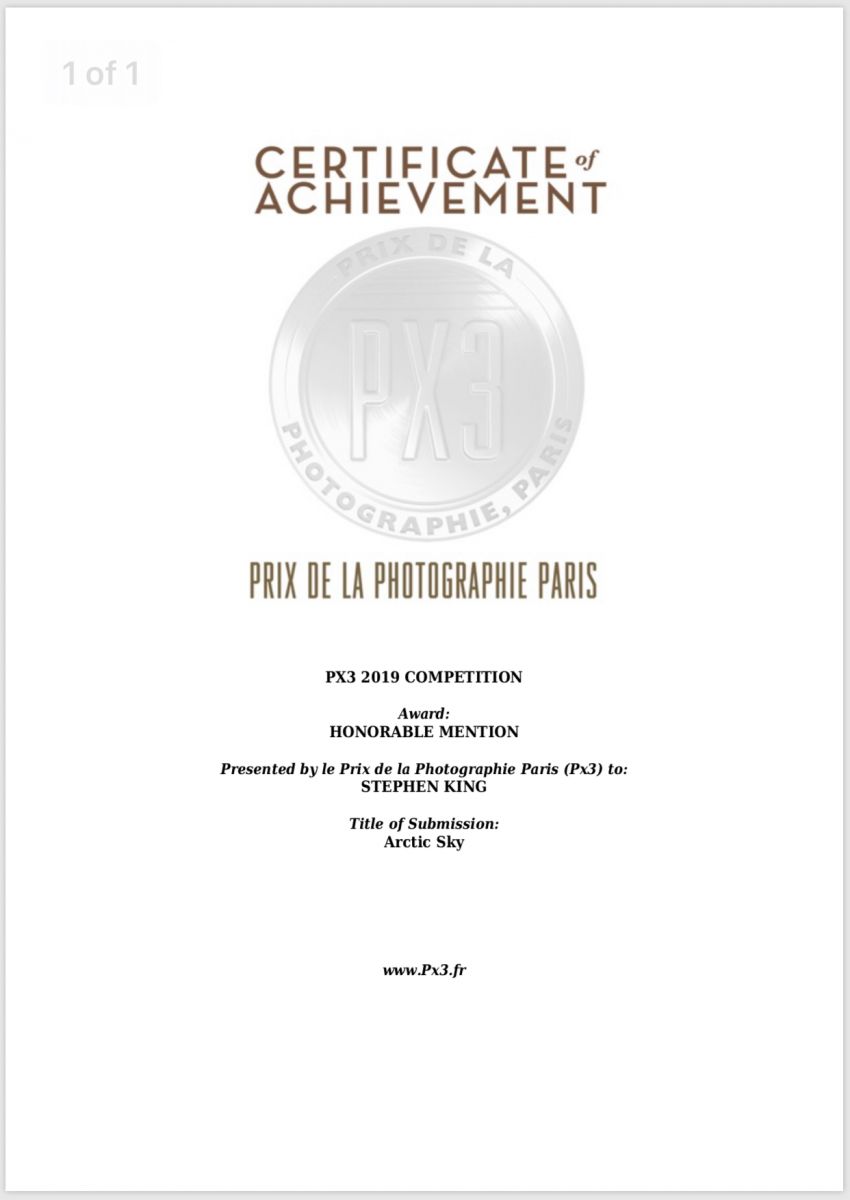 Happy to learn that I won three awards in this year’s Px3 Le Prix de la Photographie de Paris competition. Two of the awards were for my Iceland River Delta series -- a Gold in the Fine Art - Landscape category and a Silver in the Nature - Landscape category. The series will be included in an exhibition for winning photos to be held from July 9-14 in Paris at “Espace Beaurepaire” located at 28 Rue Beaurepaire and will also be published in the @px3 Annual book ��.  The third award was for a shot I took in the pack ice north of Svalbard called "Arctic Sky" which garnered an Honorable Mention in the Nature - Sunsets category